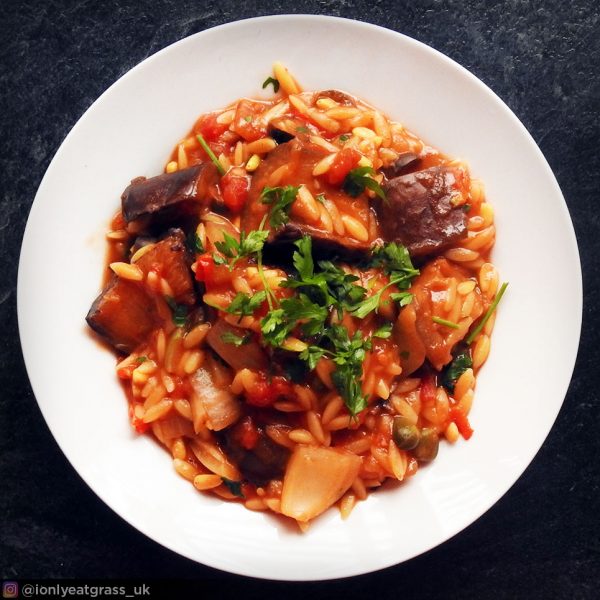 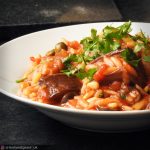 Slow-Cooked Aubergine Caponata
Caponata is a Sicilian dish with aubergines, onions, tomatoes and black olives in a sweet and sour sauce. This slow-cooked version is amazing, and does not take much work on your part. It's delicious!
Ingredients
Servings: people
Instructions 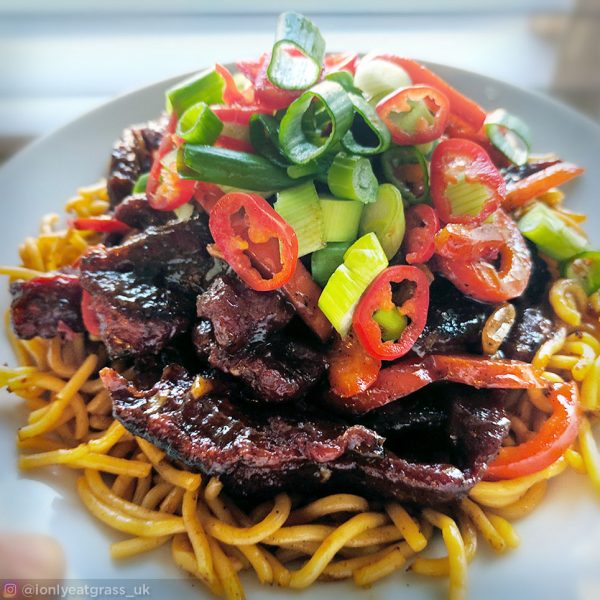 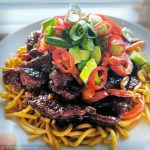 Vegan Crispy Chilli 'Beef'
A ridiculously tasty vegan version of the popular Chinese takeaway favourite: Crispy Chilli Beef! After accidentally creating some sort of crispy beef/steak out of seitan one day, I refined it to closely resemble the look, taste and texture of the real thing before deciding it would be perfect for a vegan 'crispy chilli beef' recipe. I was not disappointed! It takes a bit of prep work, but once you've tried it you'll realise it was time well spent.
Ingredients
Seitan 'Beef'
Veggies
Sauce
Servings: people
Instructions
Seitan 'Beef'
Veggies
Sauce
Recipe Notes

The seitan could easily be used in any recipe that calls for beef—Chinese or otherwise. You could also make larger quantities of the seitan dough and freeze it for later to save you making it from scratch every time. Also, you can freeze any leftover cornflour/five spice mixture in a bag if you use too much; although it's cheap there's no need to waste anything! 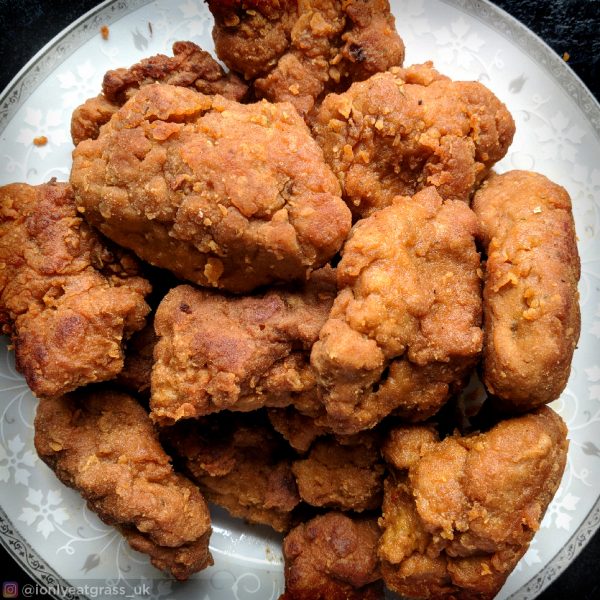